“The answer is never the answer. What’s really interesting is the mystery. If you seek the mystery instead of the answer, you’ll always be seeking. I’ve never seen anybody really find the answer – they think they have, so they stop thinking. But the job is to seek mystery, evoke mystery, plant a garden in which strange plants grow and mysteries bloom. The need for mystery is greater than the need for an answer.”

As it should be.

But then, all is not as it should be.

We've reached a juncture that cannot be ignored.

As an angler & a human, this is the most salient article I've read lately, written by Gregory Fitz. Important news on it's face, yet, all things being connected, also serving as an honest admission, a signpost & approach to the real problems confronting this most sacred nest, our home. 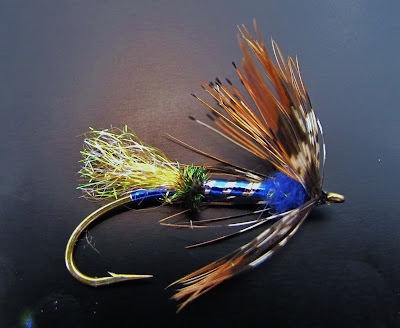 He said he would never die. Pharaoh closes his eyes and draws a final breath. His queen is given poison to drink.

The bound papyrus funeral barge bearing Pharaoh and his queen touches the quay at Memphis. Wind blasts constant and hot from the desert, bowing the procession, scouring the shorn pallbearers with grit. Underground, down the Hall of Sighs, fresh painted glyphs bear witness to the glory of their reign.

In the Chamber of Ra, a priest places a scarab beetle onto Pharaoh’s right eye.

A Santa Ana wind surges hot and dry from the Mojave, sandblasting the windshields of downshifting trucks ascending Cajon Pass and rattling the windows on the east side of the house.

In a dream there is something in his eye. Something alive. The weight of it squirms and tickles, the movement furtive, portentous. He plucks the thing away feeling the crisp gridwork of carapace and tangle of wiry legs overlaying a fat, soft, urgent life-throb between his fingers as he tosses it aside – and upon doing so he awakes in the dark.

He leans over to the nightstand, switches on the reading lamp and looks over the bed covers, seeking the thing he’d pulled from his eye.

The queen sleeps beside him, pale. Clinging to the soft curve of her shoulder above the bedsheet, a black widow spider, the abdomen big as an acorn and liquid black, black as the darkness before the world, and the underside tilted his way revealing the sharp hourglass shape, red as a dying sun. Momentarily stunned, the spider begins to revive, the legs unfolding, feeling for purchase against the queen’s silken shoulder.

He snatches a magazine from the nightstand and deftly flicks the widow down on to the coverlet, then swats the spider, killing it. He slides the magazine under the crushed body, leans out and taps it into the wastebasket beside the nightstand.

Pharaoh rubs his eye. No sign of harm. He switches off the light and resumes his repose. In his lifedream he forfeits all agency and is

He says he will never die.

Leaning toward light. Driven by winds. 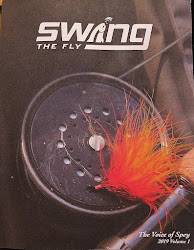 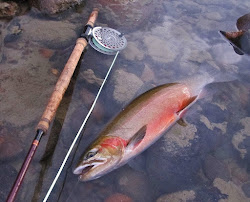 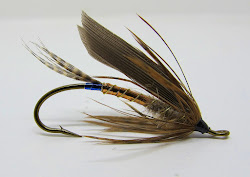 International Brotherhood of the Flymph

SHJ publishes bi-monthly as a free online journal. Though there are a few sponsors posted in the RH column, they are not paid advertisements but manufacturers offering products that I have tested, use, & consider a true value to SHJ readers. Soft~Hackle Journal receives an average of 200 readers a day &, many of you, I know, are intelligent, discerning readers who appreciate SHJ’s simple format devoted to entertaining writing, photos, art, reliable field-tested information & effective fly patterns. If you see the Soft~Hackle Journal as a worthwhile online publication & would like to help us improve & continue, please consider making a contribution in the form of a donation of any amount. Doing so will not only elevate your status as a supporter of the arts, but will also make you eligible for a drawing at the end of the year, in which the lovely & talented Doris will put your name in the hat. Those drawn will receive prizes, including a 2-day guided trip on the upper Columbia, as well as any loot contributed by manufacturer-sponsors over the course of the year – & to that I’ll add a few fly selections. If you care to donate, please make check payable to: Doris Loiseau (NOT Steven Bird, I'm not allowed to handle money) & send to: 5152 Northport-Waneta Rd., Colville, WA, 99114
Thank you for your support. 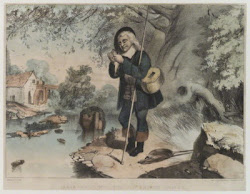 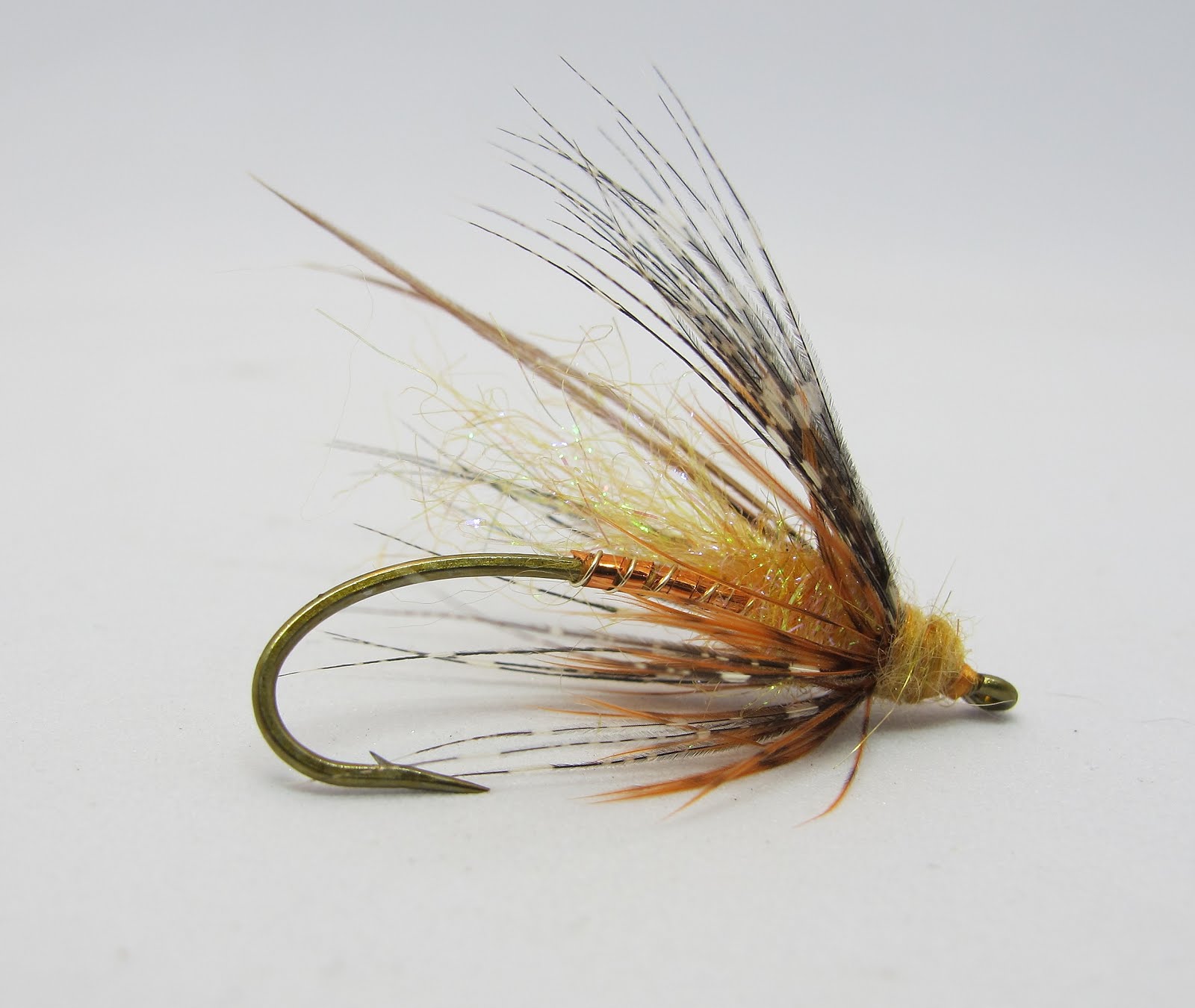 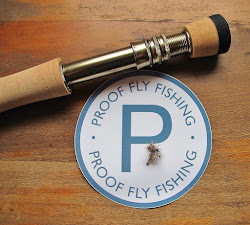 Barred Surfperch on the Fly 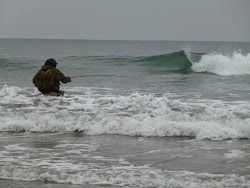 A Plan for the San Gabriel 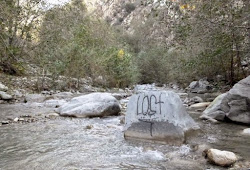 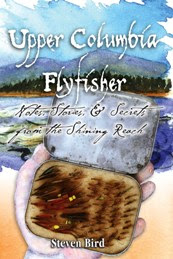 Click on the picture of George Skues, below, & you can read his entire masterwork, Minor Tactics Of The Chalk Stream.
The picture of the Charles Brooks classic, The Trout and the Stream, links to a rare 1988 audio of Brooks answering 12 questions posed by Rick Hafele. 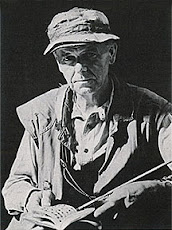 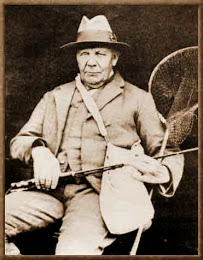 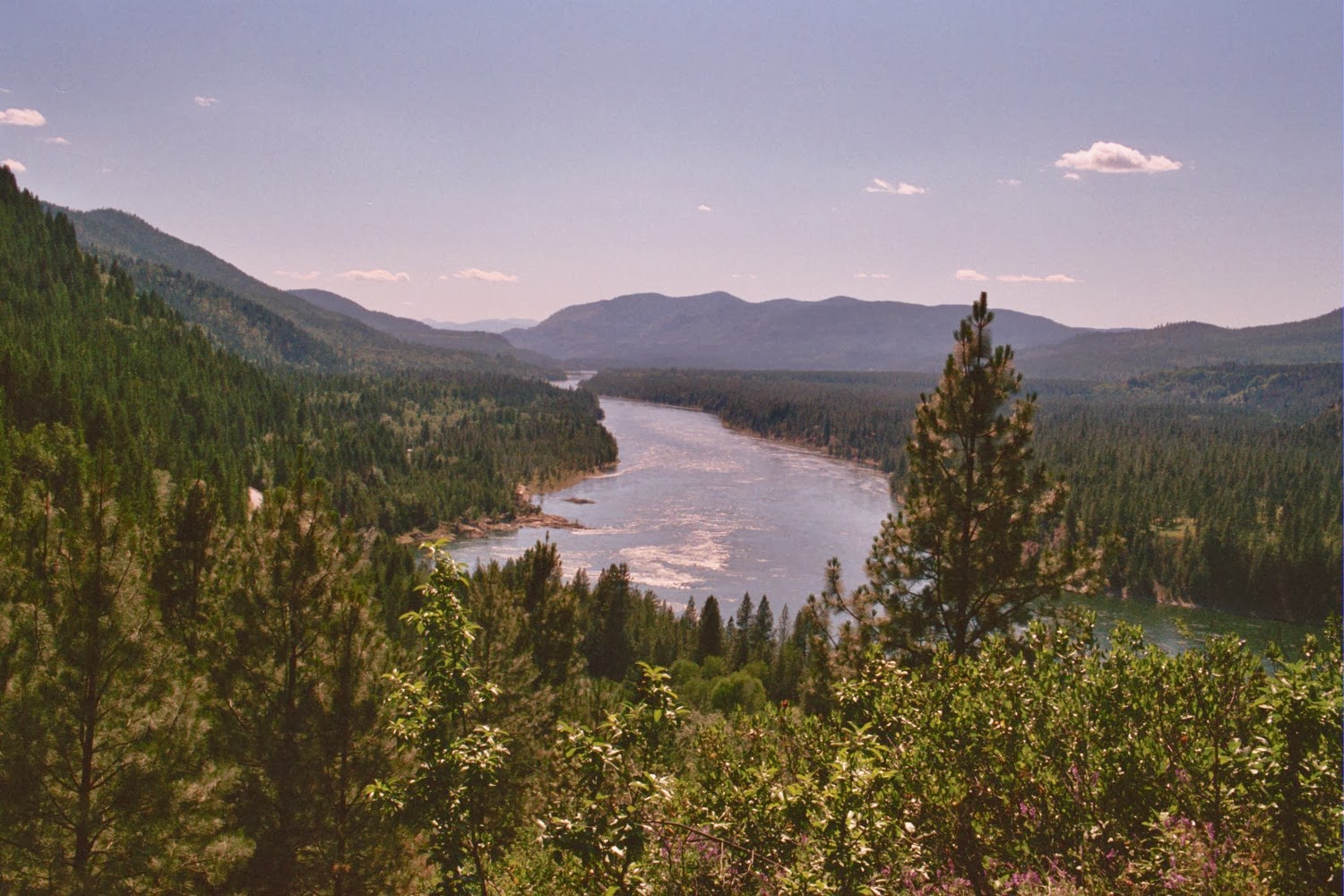 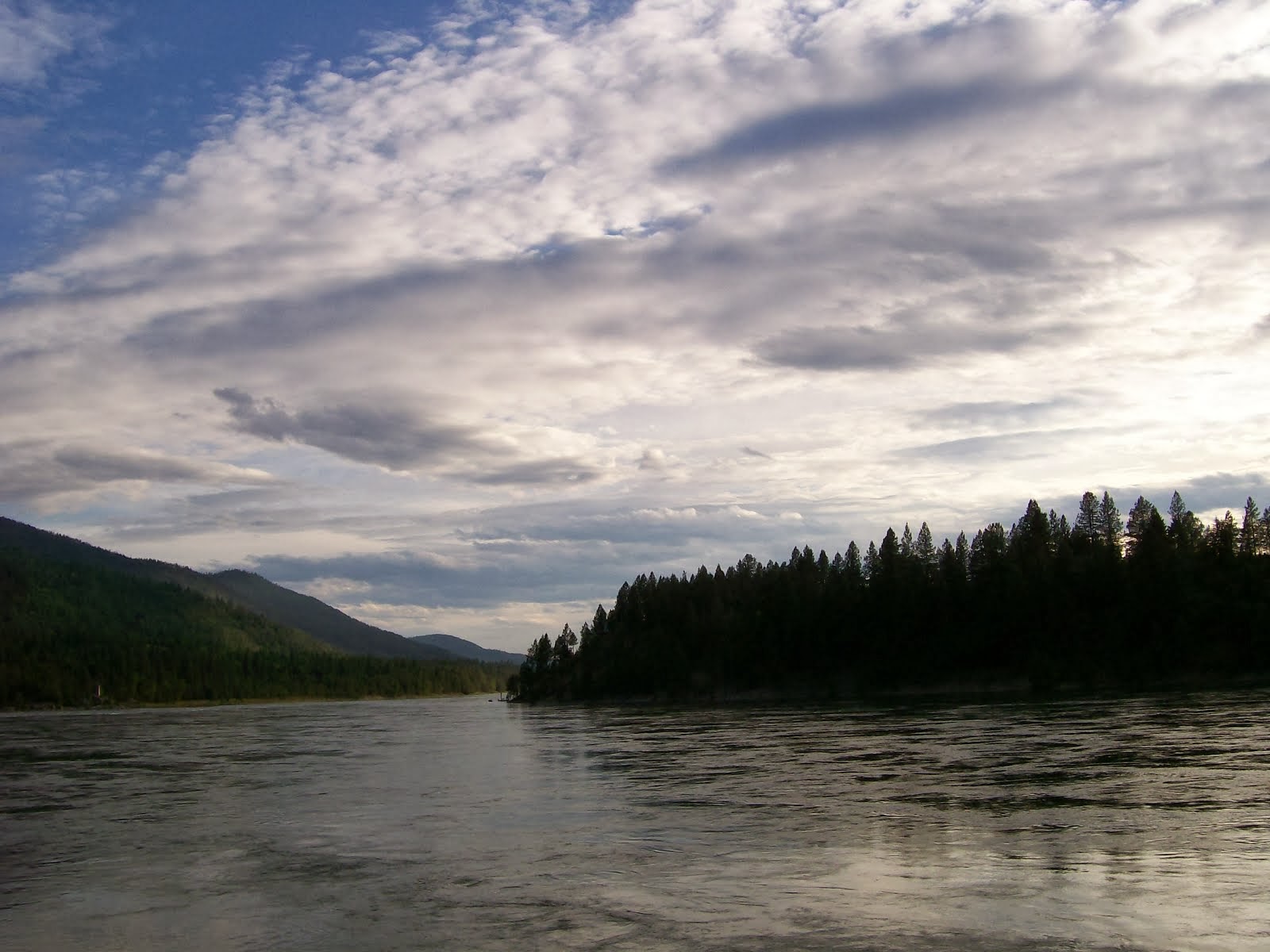 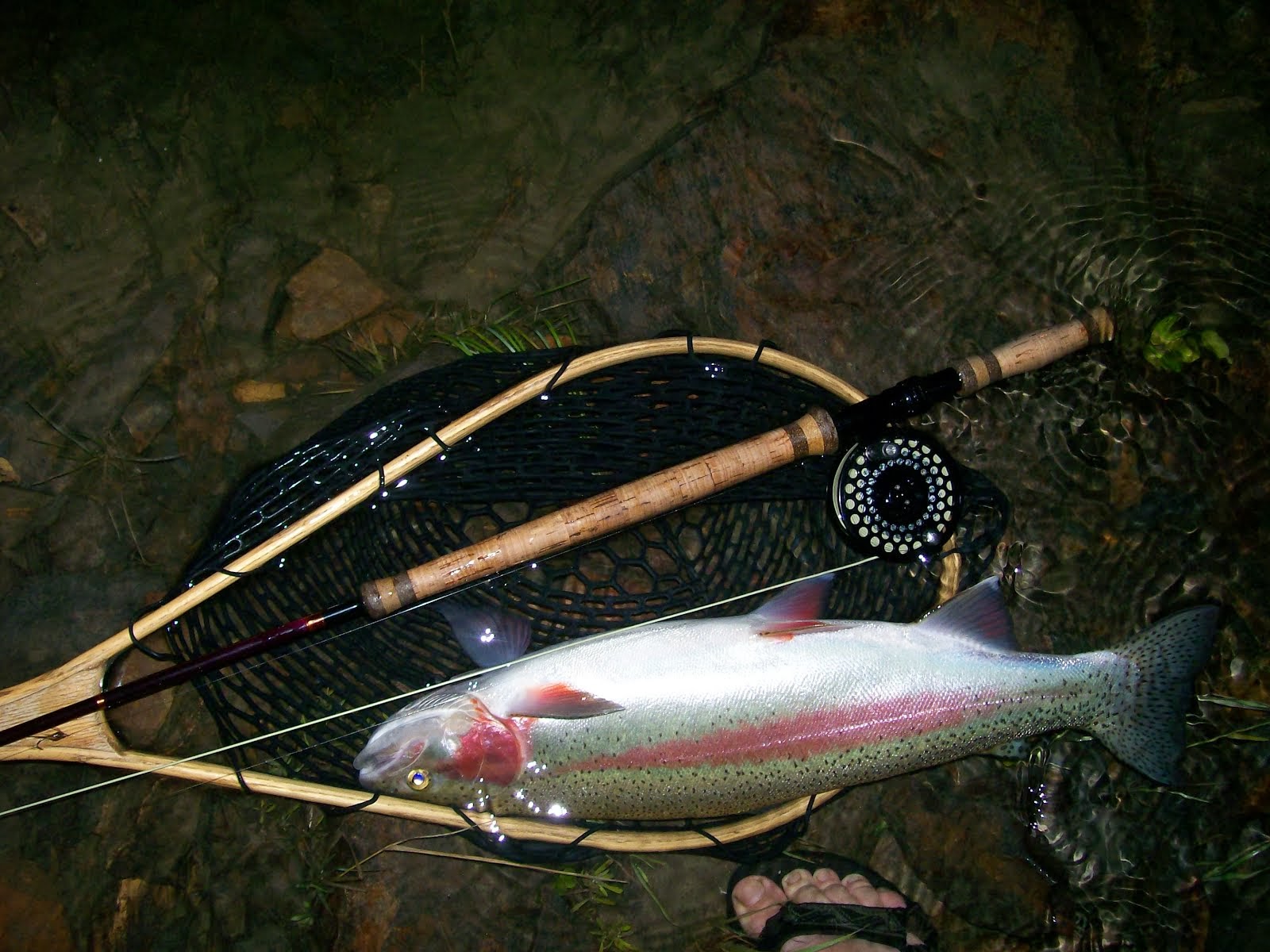 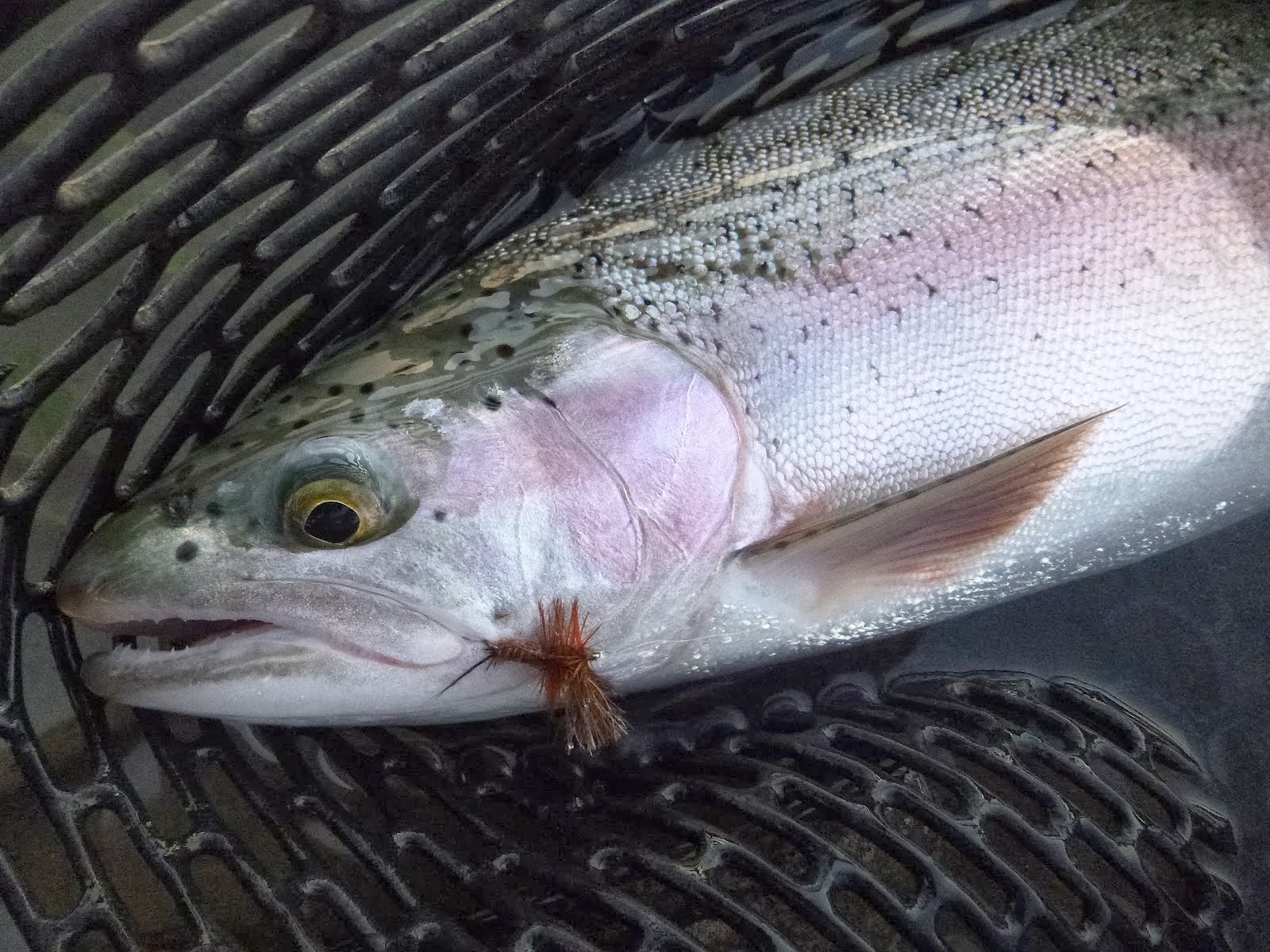 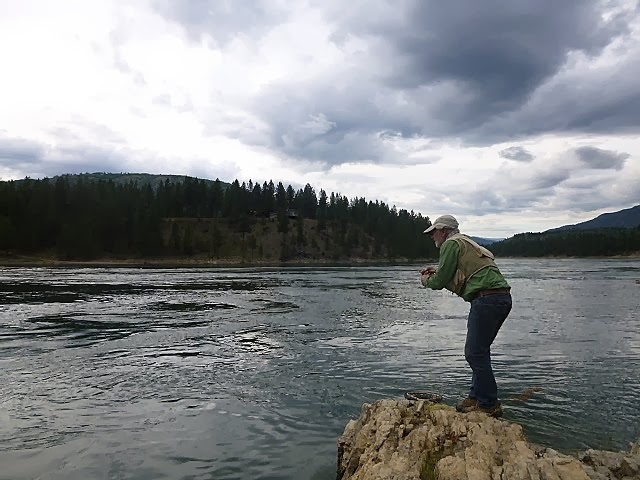 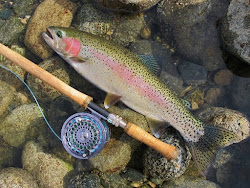 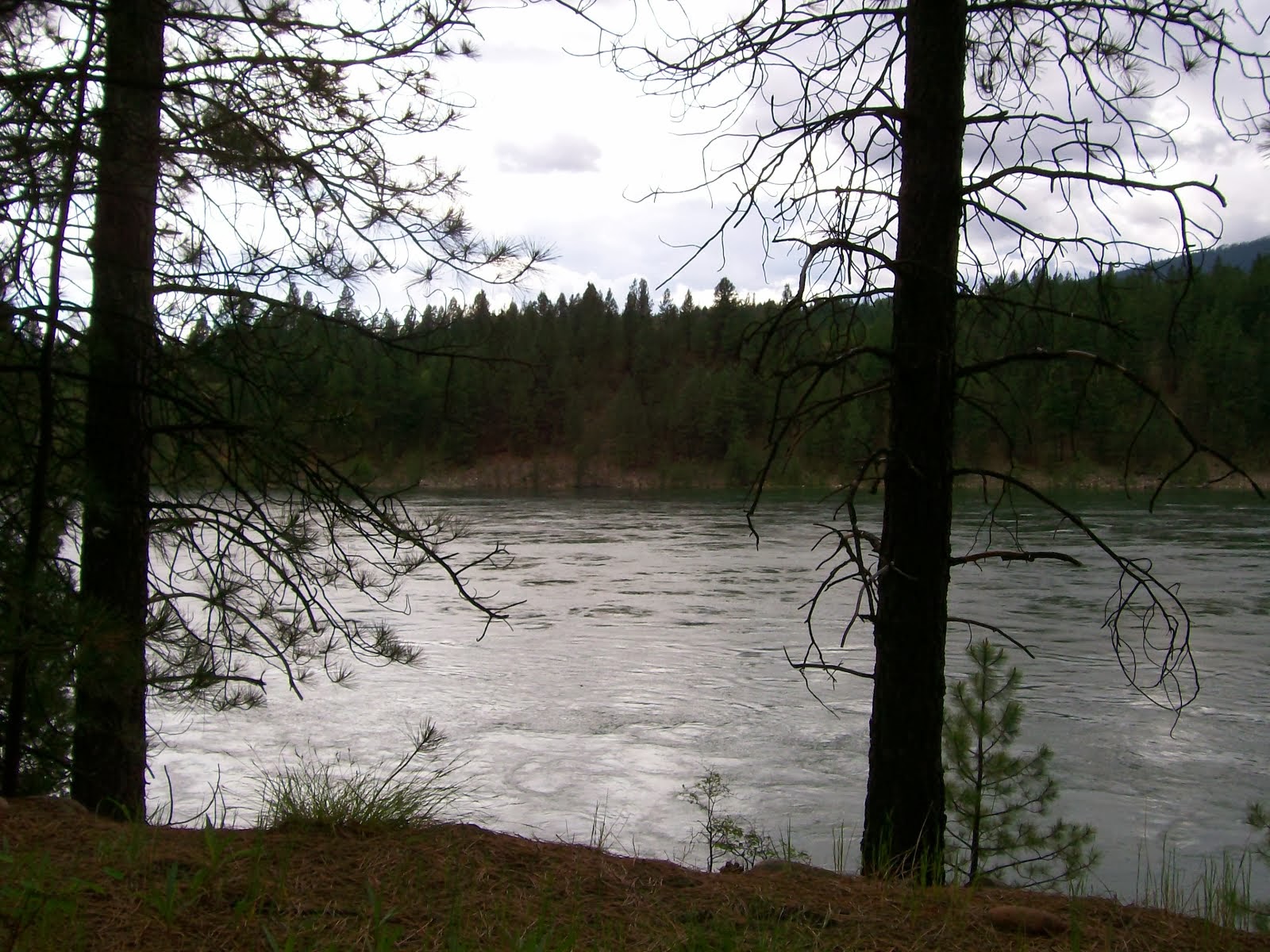 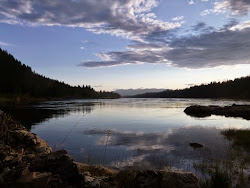 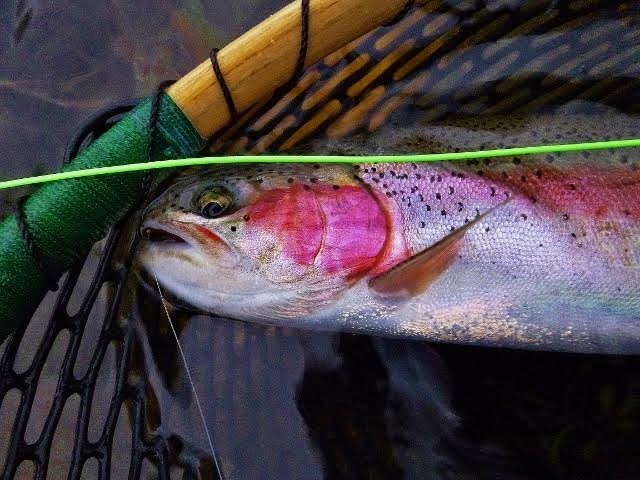 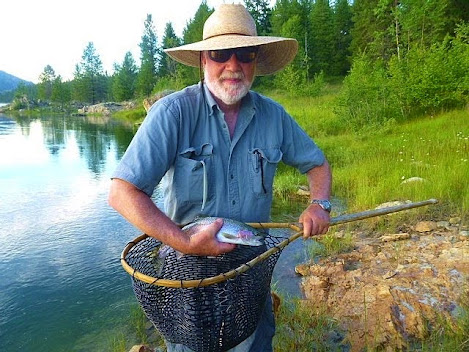 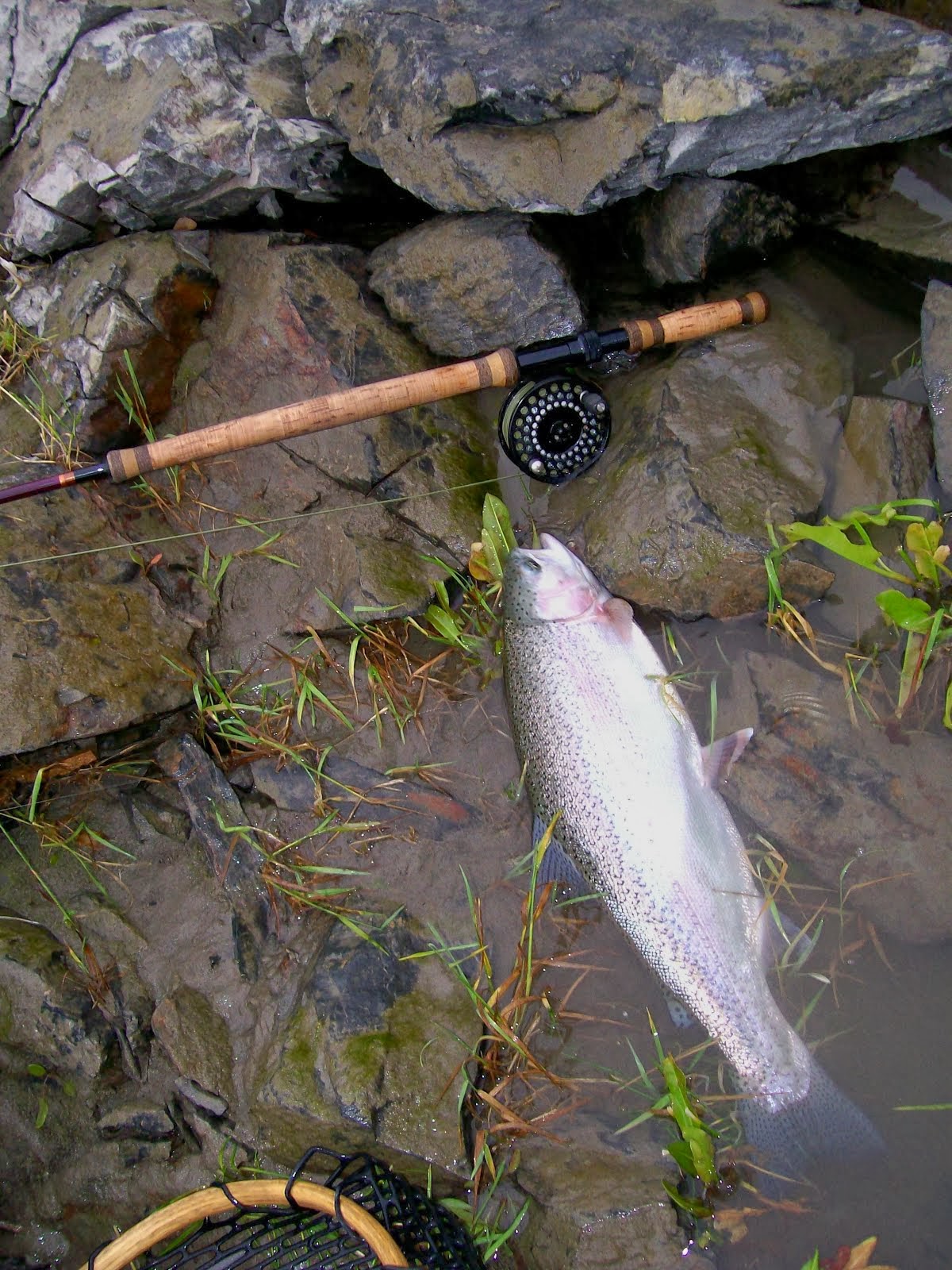 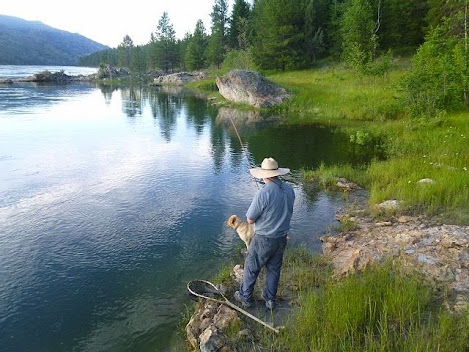 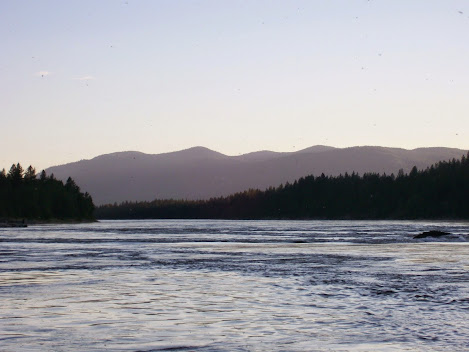 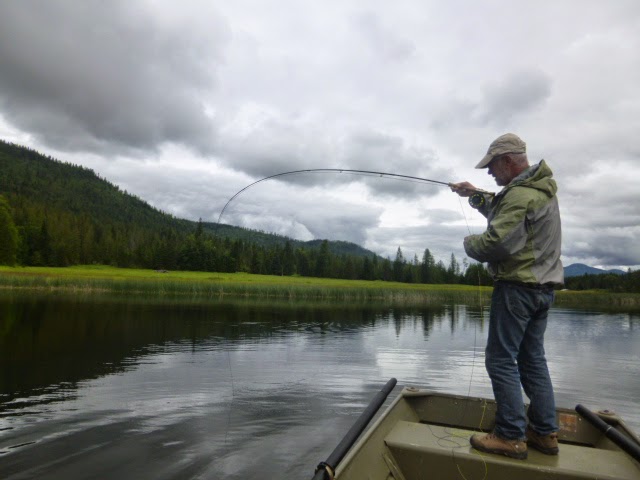 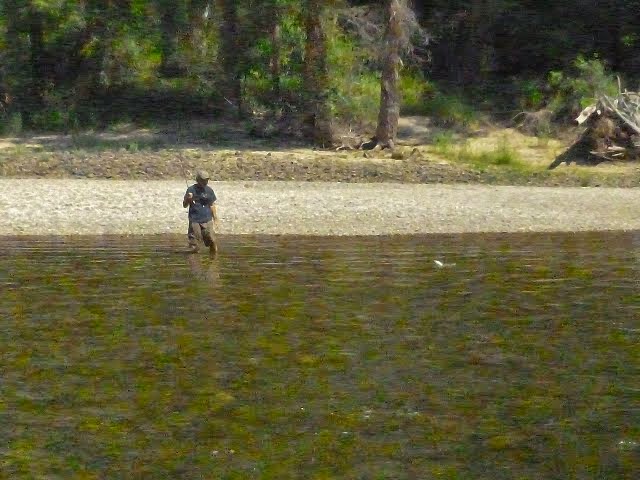 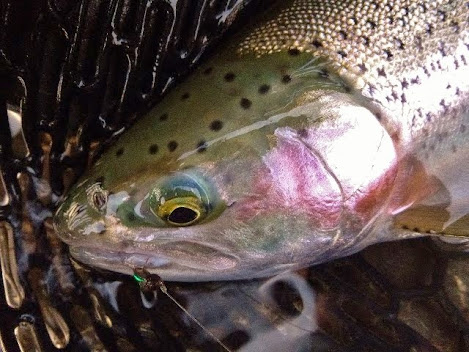 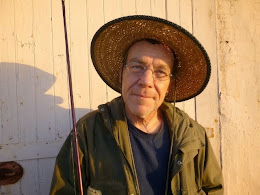 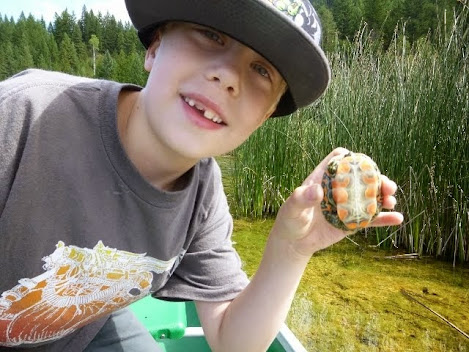